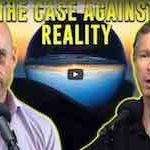 For 5 years Stephen Jenkins headed the counseling team of Canada’s largest home based palliative care programmme. Working with hundreds of dying people an d their families he found a “wretched anxiety” at the end of life. Orphan Wisdom – Stephen Jenkinson is a teacher, author, storyteller, spiritual activist, ceremonialist and founder of the Orphan Wisdom School, a teaching house … Lees meer

Here Ken Wilber offers an introduction to a spirituality that honors the truths of modernity and postmodernity—including the revolutions in science and culture—while incorporating the essential insights of the great religions. You will learn how this new evolution in spirituality combines the enlightenment of the East, which excels at cultivating higher states of consciousness, with the enlightenment of the West, … Lees meer

Making peace with ourselves Widely recognized as one of the most influential spiritual teachers of the twentieth century, Jiddu Krishnamurti taught that in order for there to be peace in the world, we must each first make peace with ourselves. No spiritual path, leader, or personal or political philosophy will guide us in this endeavor, he said; this transformation of … Lees meer

Breaking the Pattern of Ego-centred Activity This very important work offers penetrating dialogues between the great spiritual leader and the renowned physicist that shed light on the fundamental nature of existence. Krishnamurti and David Bohm probe such questions as ‘why has humanity made thought so important in every aspect of life? How does one cleanse the mind of the ‘accumulation … Lees meer 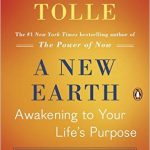 Eckhart TOLLE A New Earth — Awakening to Your Life’s Purpose Building on the astonishing success of The Power of Now, Eckhart Tolle presents readers with an honest look at the current state of humanity: He implores us to see and accept that this state, which is based on an erroneous identification with the egoic mind, is one of dangerous … Lees meer